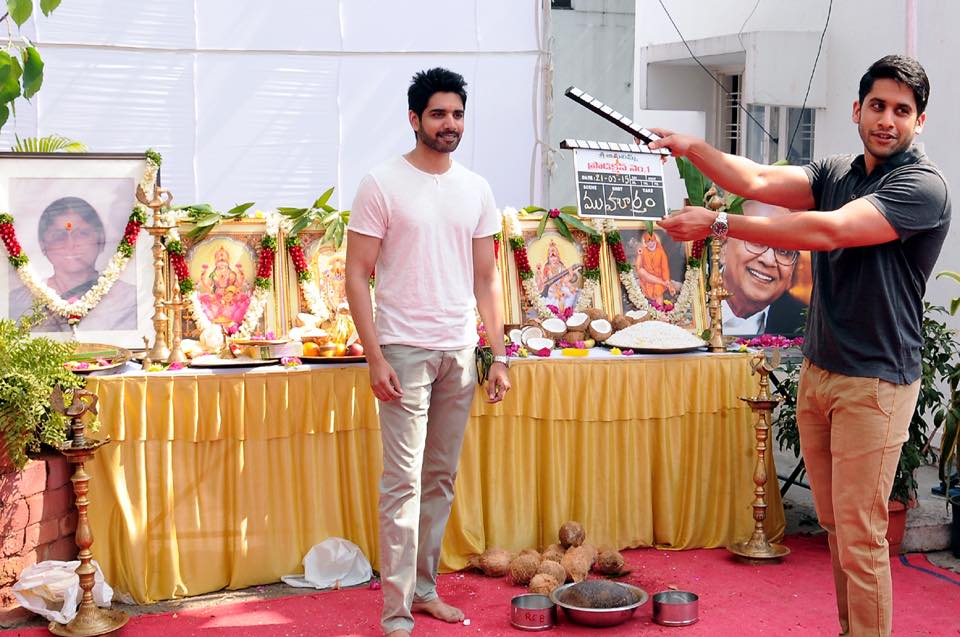 Sushanth in the lead role new film in the direction of G Nageswara Reddy has been launched with a formal pooja ceremony held on Ugadi festival day at Annapurna Studios banner.

Nagarjuna has handed over the script
to the director while Naga Chaitanya sounded the clapboard, Akhil has switched on the camera and Sumanth has directed the first shot of the movie. Regular shoot of this untitled movie is said to began from April 10th in Hyderabad says the makers.

Herione opposite to Sushanth is yet to be finalised. Brahmanandam, Naagineedu, Raghu Babu, Tanikella Bharani, Praathi, Hema, Surekha Vani and others are playing important roles in this commericial love entertainer. C Srinivasa Rao and A Nagasuseela are jointly producing the film under Sri G Films banner and Annapurna Studios banner.

Continue Reading
Advertisement
You may also like...
Related Topics:Sushanth's Next Film with Nageswara Reddy