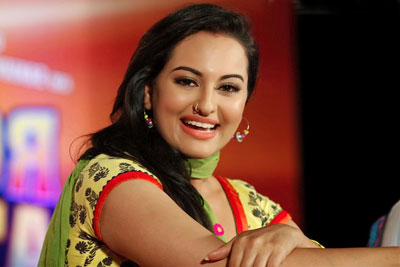 Currently she is waiting for offers in Tamil and Telugu film industries.After lingaa movie she will continue with her new projects also in Tamil industry.She has wish to continue in south indian film industries.

Sonakshi’s favourate heros are Surya in Tamil and Mahesh babu and Ravi teja are favourate heros in telugu.she likes them in south indian films.she is eagerly waiting to acts with them.and she hope to wait for that day.In remaining heros even if there is no possible to get her dates , but except these three are.

she is not suitable for mahesh babu.because she has elder face than him.ofcourse she is set act with Ravi teja’s .her jodi will blost at the box office screens….