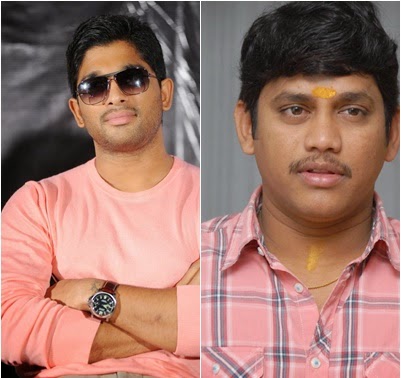 As we all know Allu Arjun next film is with Trivikram. Trivikram is busy in giving final touches to the script and this film is expected to go start in september. Makers are planning to complete the film by december or january and release it for pongal or in feb 2nd week. What next for Allu Arjun after Trivikram movie. There is a buzz in the industry that latest sensation Santhosh Srinivas narrated a script to our Stylish Star. He is well impressed with the script and okayed it. This might go on to floors after the completion Trivikram flick. But their is no official confirmation till now from either hero or director.We will update once project is officially confirmed.

Mean file Santhosh Srinivas latest film Rabhasa released yesterday and running successfully in the theaters with a super hit talk from all aver.

Stay tuned to us for more updates on this.