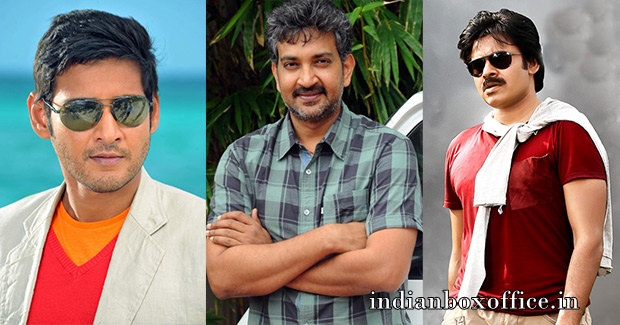 We have some exciting information to reveal folks. A project unlike any that has ever been attempted in Telugu cinema until now is being mounted by director S.S. Rajamouli in association with Universal Studios and Viacom 18.

A big budget spy thriller is going to be made with Pawan Kalyan and Mahesh Babu in the lead roles, with one of them playing a character with slightly negative shades. The movie’s shoot will commence in the second half of 2016.

Rajamouli, who is busy with the post-production of his magnum opus ‘Baahubali’, has already taken time off to meet both Pawan and Mahesh Babu recently. Both the actors have given their approval after listening to the line pitched by Rajamouli. Full script work is to be done.

This movie will be a bilingual project, with native Telugu and Tamil versions. A Hindi dubbed version will also be present. Universal Studios is entering into the Telugu Film Industry with this project and they wish to tell you that this is all an April Fool’s joke. Hope you had a good laugh friends.

But, we really wish that this project becomes a reality. It would be a great moment for Telugu Cinema.