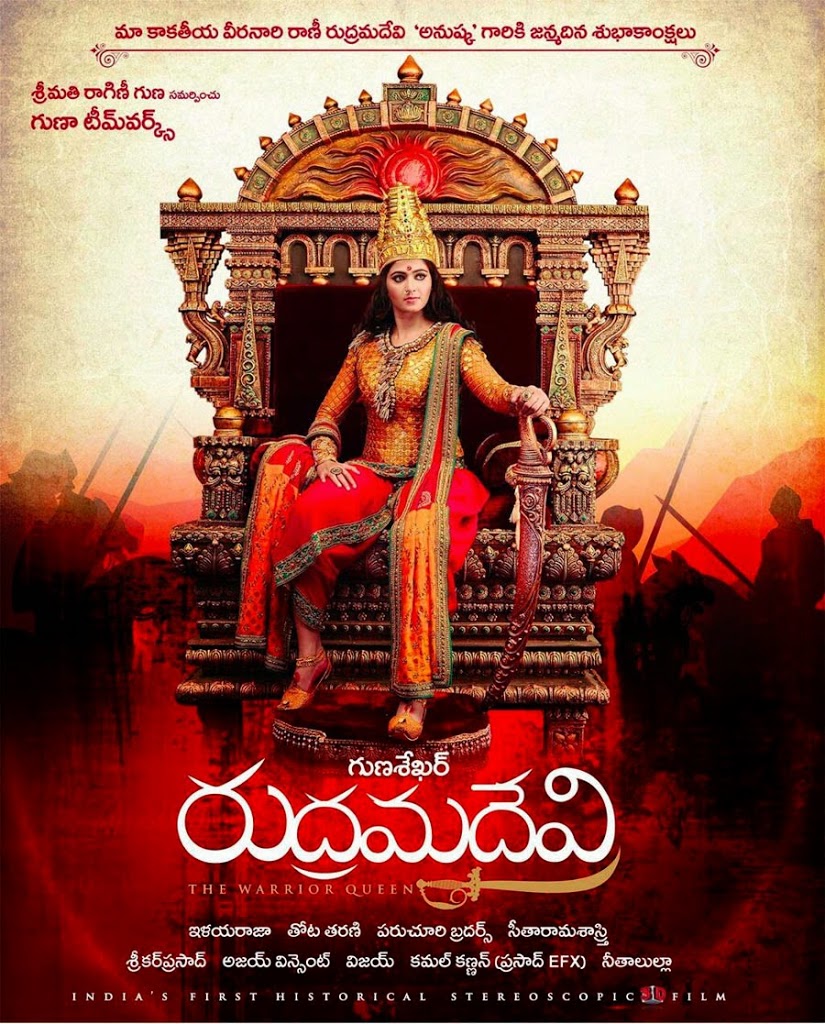 One of the Tollywoods prestigious and most awaited movie “Rudrama Devi” has completed its shooting part recently. This movie is under the post production stage. The makers are planning to release it in December.

Rudrama Devi is directed and produced by Gunashekar. Anuskha is playing the role of Rudrama Devi in this. Allu arjun playing a cameo role. Rana, prakash raj and many well know artists are playing some key roles.

Santhosh Srinivas next might be with Stylish Star?
Allu Arjun Herione married a producer secretly
Advertisement