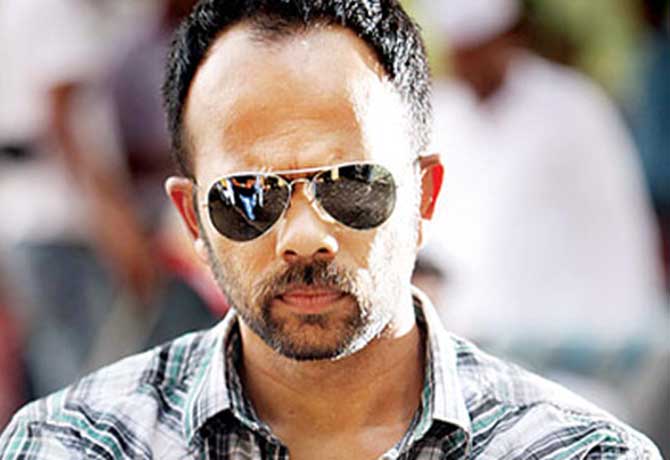 The news in the industry of a director getting highly paid was a myth, but now Rohit Shetty has turned out to be Bollywood’s highest paid director. For his next project produced by Sangeeta Ahir, Rohit was chosen to drive the film and was offered Rs. 25 Crores!. The project is a tamil remake which is going to be on the floor soon after the completion of “Dilwale” starring Shahrukh Khan, varun Dhavan, Kajol, and Kirti Shanon, where Rohit is putting all his efforts.

Once Rohit is back in town more firm discussion on the project to take off would be done. Last few years have been truly magical for Rohit Shetty for his Blockbusters, Om Shanti Om, Golmal, Chennai Express what can he ask more. When contacted Sangeeta Ahir, she confirmed the news and was happy to have Rohit on board for her new project which is a Remake of “Soodhu Kavvum” – A tamil movie which was a blockbuster, she believes Rohit would pull the movie to a new level so worth the cost.

The Tamil Film “Soodhu Kavvum” is a comedy genre movies, and Rohit being very successfully is shaping comedy movies in recent past years has grabbed attentions with the success rates on Box Office, Week End Collections. Although no news on finalizing the actor or actress has been made as the movie is still in the initial phase on the table, Sangeeta is more looking to meet Rohit to discuss the project so that it shapes well for the indian markets.

Rohit Shetty seems to justify his whooping charges, which is still mare for lot of Bollywood actors and actress, getting the new trend of Captain of ship earn handsomely. Some of the other directors who charge handsomely are Rajkumar Hirani, Imtiaz Ali.