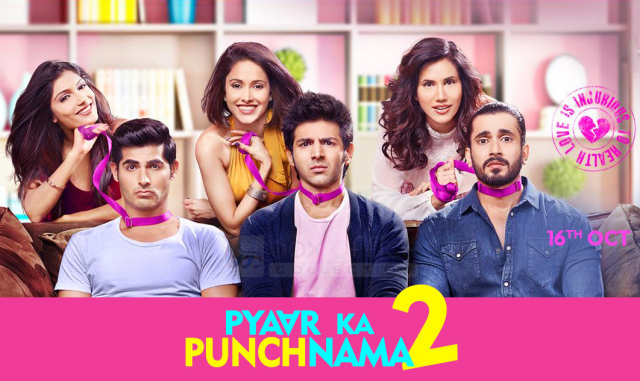 Pyaar Ka Punchnama 2 is all set to break yet lot of of box office collection records aiming to beat “Badlapur” earlier it broke the records of Ranbir’s Movie “ROY”. The movie is one of highest grossing in recent times, “Pyaar Ka Punchnama 2” released on 16th October has collected till now 49 Crores which for a film with a mere budget of 18 Cr which includes the Marketing, advertising and Promotional activities has made around 175% profit. The Film makes Luv Ranjan and the producers, distributors of the film are very happy with the performance of the film, as its still doing very well in the theatres. Also to note that “Pyaar Ka Punchnama 2” has been the 3rd highest profit bagging movie following “Bajrangi Bhaijaan” and “Tanu Weds Manu Returns”. The film is doing well in the second week.