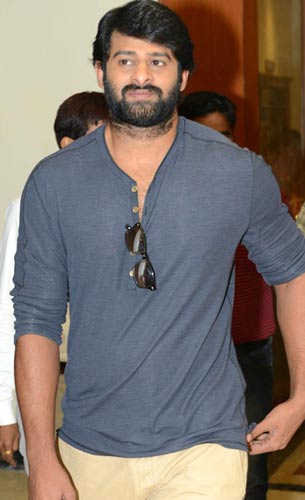 He is not doing a full length role in bollywood, but he made strong special appearance in Prabhu Deva’s latest entertainer Action Jackson, which hit the screens today in a grand manner.

Film stars Ajay Devgan and Sonakshi Sinha and in one song Prabhas made his presence felt along with Shahid Kapoor to surprise everyone. Prabhu Deva kept it as a secret for fans. This is a treat to Rebel Prabhas’ fans as they are a disappointed lot as their hero is not seen on silver screen courtesy Rajamouli who cast him in Bahubali which is shooting for over 2 years..

But the debut has made to Prabas in his future for the other projects in bollywood.All prabas fans are disappointed while he is not acts in full lenth movie in bollywood..