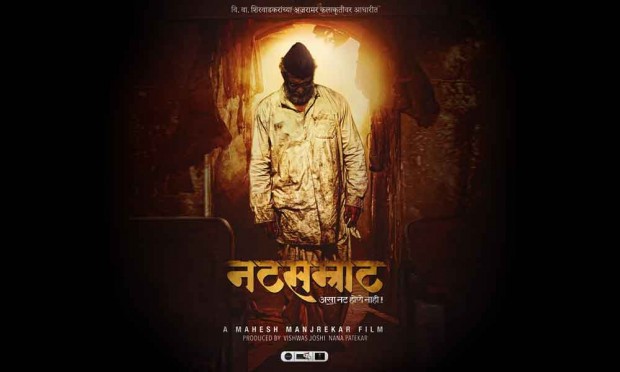 “Natsamrat” is a adaptation of the great V.V. Shirwadkar aka Kusumagraj’s iconic marathi drama, played by the veteran Actor Nana Patekar in the lead. Patekar is supported by actors Vikram Gokhale, Medha Manjrekar, Mrunmayee Deshpande, Sunil Barve, Neha Pendse and Ajit Parab. The Story revovles around a veteran theatre actor who was the best of his time, towards the end of his life suffering with lot of problems homeless and weary. The Movie is produced by Fincraft Media & Entertainment, Gajanan Chitra, Great Maratha Entertainment under the direction of ace director Mahesh Manjrekar. The story is written by Kiran Yadnopavit and Abhijeet Deshpande.

The Trailer of the movie looks very promising with Nana Patekar’s superb acting, truly 2016 would start great for the Marathi Film Fraternity with this epic movie.

For More Updates on Natsamrat