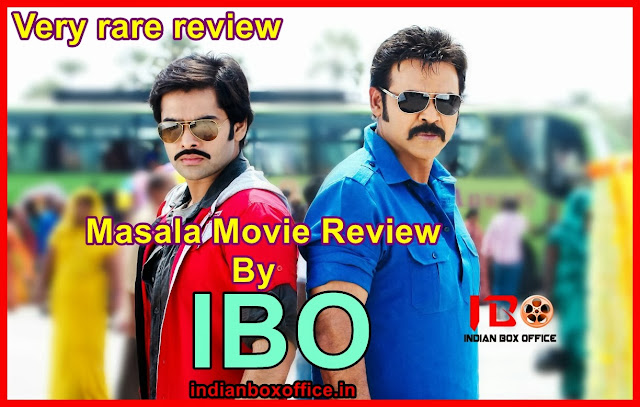 Ram will be having a sister and will also have  a dream of making her sister’s marriage in their own house. But due to some issues they will loose their house. So how Ram manages to get back the house by playing different characters and to know what character did venkatesh played in movie you need to watch the movie in nearest theaters.

Ram and Venkatesh has convinced their roles. Every actor in this movie have done their job. Even both heroines has acted very well. Where as Anjali will be attracting the audience but they didn’t have much role to play. The other crew like kovay sarala, ali also performed well.

Overall the movie is not as good as expected. The comedy in few scenes has failed to do their job. But the acting of venkatesh and Ram best. Few English dialogs by venkatesh make people to laugh a lot. But few scene looks like they have gone lengthy and prolonged.

Vijay Bhasker has coordinated both heroes very well and we can say that he is successful in creating a good multi starer movie. But due to few drags scenes the movie you may feel it boring in middle. Overall it is onetime watchable movie. If you have good comedy sense then you will definitely enjoy this movie without any regression.