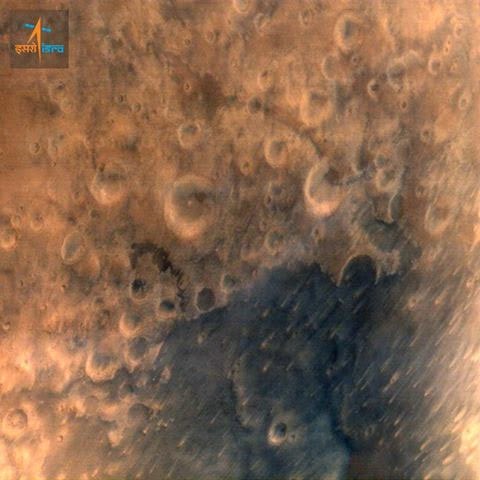 Mangalyaan’s first offering to India is out in the open.

Indian Space Research Organisation (Isro) released on Thursday the first image of Mars clicked by the indigenous Mangalyaan, which took India to soaring heights a day ago by slipping into the Red Planet’s orbit on the country’s maiden attempt.