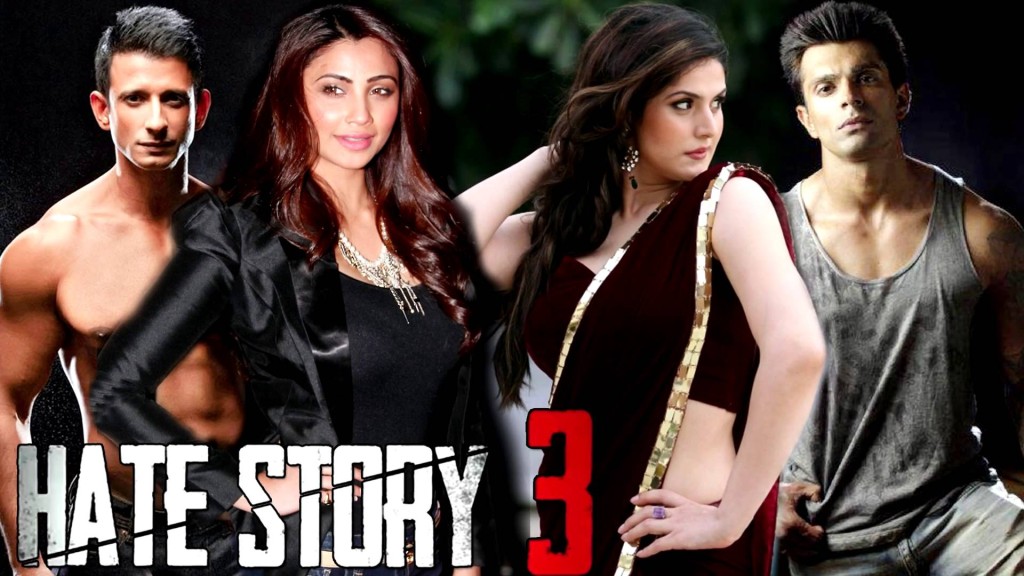 The Exclusive Trailer for “Hate Story 3” has been released and seems its picking up online. The Movie stars Sharman Joshi, Zarine Khan, Daisy Shah, Karan Singh Grover. The trailer is very sensual with a indecent proposal of Karan Singh Grover to Sharman Joshi, this seems to be remake of the movie “Indecent Proposal” starring Robert Redford-Demi Moore-Woody Harrelson. Hate Story 3 is penned by by Vikram Bhatt and Madhuri Banerji, and is a sequel to its earlier version (Hate Story 2) The trailer promises that the movie is all About Sex and Revenge, as it was shown in the earlier two parts. After the success of the Hate Story 1 and Hate Story 2, T-Series had a signed director Vishal Pandya for a three-picture deal says Bhushan Kumar.

Sharman Joshi was replaced by TV heathrob Gurmeet Choudhary due to date clashes of Sharman but later he managed to return and give full time to the Project. Daisy Shah was bagged into the movie After Salman Khan insisted Bhushan Kumar who also is the producer of the movie to speak to daisy for the project. The trailer of Hate Story 3 also has some obscene scenes and all the Cast seems happy ripping of the clothes, with their great physiques. The movie is all set to be released on December 4, 2015.