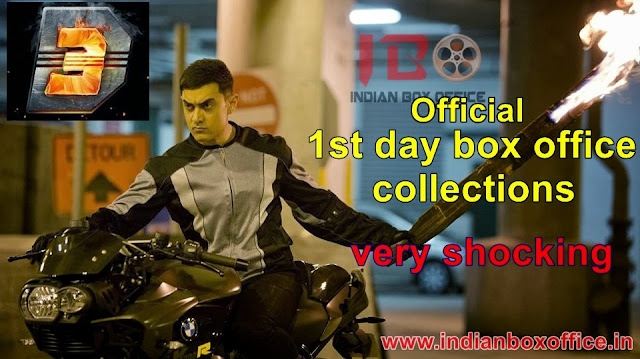 As Aamir Khan’s Dhoom 3 is the most awaited film of the year 2013 has managed to collected around 32 cores ( approx) even though it has released on normal day which is Friday. This 32 cores collection is only from the Hindi version screened theaters, as it is also released in South Indian languages like Tamil and Telugu even 700 screens on overseas. So all together approximately more 4 cores may add to the above mentioned figure.

So with the astonishing sum of 36.22 crores collection of 1st day it gonna stand in the top position of  the Indian Box Office. As it is for sure that in coming week it will definitely cross 100 cr mark and beat the records of Chennai Express and Krrish 3 which have established in this year.