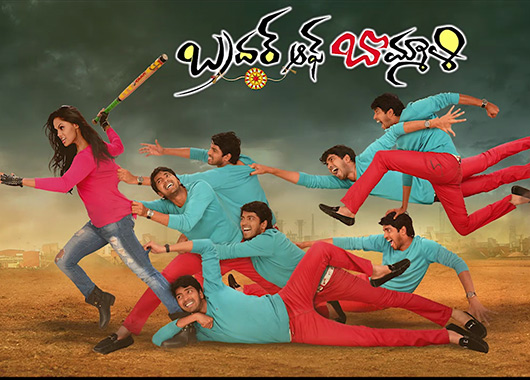 Allari Naresh And Karithika Are twins named as Ramki(naresh),Lucky(karithika). While Ramki is a simple fun loving person, his sister is a dare devil and a tom boy by nature. One fine day, Ramki falls in love with his colleague Shruthi(Monal Gajjar) and revels this with his parents.
Ramki’s father lays a condition that unless his sister is married, he cannot tie the knot. A helpless Ramki starts searching a groom for his sister, but she keeps knocking off all the matches. During this time, Kartika reveals that she loves a IAS officer(Harshvardhan Rane) and will only marry him at any cost. Twist in the tale comes when Ramki finds out that his would be brother in law is getting married to some one else.what hapense to her love,What Ramki Will do? how he maried her sister.

Final Word:
At last movie will be good Entertainer and Narish and karithika comedy will surly Entertain the auidence.

Continue Reading
Advertisement
You may also like...
Related Topics:Brother Of Bommali Movie Review