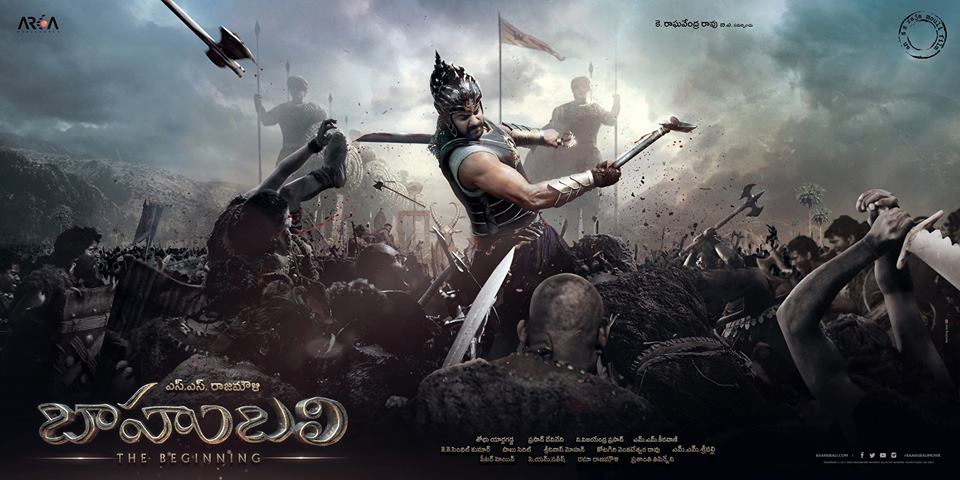 Baahubali (English: The One With Strong Arms) is an upcoming two-part Indian epic film being simultaneously made in Telugu and Tamil languages directed by S.S.Rajamouli. The film will be simultaneously dubbed into English, Hindi, Malayalam and in several foreign languages. Baahubali features Prabhas, Rana Daggubati, Anushka Shetty and Tamannaah in the lead roles. Apart from them, the film features an ensemble cast of Ramya Krishnan, Sathyaraj, Nassar, Adivi Sesh, Tanikella Bharani and Sudeep in crucial roles. The film is being produced by Shobu Yarlagadda and Prasad Devineni under Arka Media Works banner. Director K. Raghavendra Rao is presenting the film. The soundtrack for the film will be composed by M. M. Keeravani. National Award winner Sabu Cyril has been recruited as art director for the film. National Award winner V. Srinivas Mohan is working as the VFX supervisor. The project is touted to be the most expensive film being produced ever in the history of Indian cinema and was also one of the few films featured in BBC’s documentary on 100 Years of Indian cinema directed by Sanjeev Bhaskar. The film was shot using Arri Alexa XT camera marking Rajamouli’s first film using digital camera and the principal photography began at Rock Gardens in Kurnool on 6 July 2013. Before the film proceed to its audio release, a theatrical trailer will be unveiled on May 31, 2015 and the first part of film is scheduled to be released on 10 July 2015.Film producer Karan Johar is presenting the movie in Hindi.